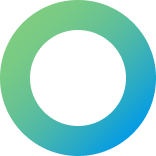 The World window is the main control center for Pupil Capture. It displays a live world camera video feed from your Pupil Core headset.

Still having trouble? Chat with us.

If the cameras are listed as unknown and you are not able to access cameras in Pupil Capture. Please try the following:

3D detection uses a 3D model of the eye(s) that updates based on observations of the eye. This enables the system to compensate for movements of the Pupil Core eye tracking headset on the participant's face (also known slippage). To build up an initial model, we recommend to look around your field of view when putting on the headset.

As a first step it is recommended to check the eye camera resolution as some parameters are resolution dependent.

Keep in mind that pupil size values are defined in pixels and are therefore dependent on the resolution settings of your sensor.

Pupil Core headsets have two types of cameras attached. One camera records the subject's field of vision - we call this the world camera. Additionally there are one or more cameras recording the participant's eye movements - we call these the eye cameras. The data collected during the calibration period is used afterwards to correlate the world camera with the eye cameras.

Pupil Core headsets come in a variety of configurations. Calibration can be conducted with a monocular or binocular eye camera setup.

Your Pupil is properly detected by the camera.

Make sure the world camera is in focus.

All calibrations require a participant to look at a specific point in the real world or on screen. The way in which markers are presented is called a Choreography. Pupil Core provides different choreographies for common use cases.

This is the default choreography, and a quick way to get started.

If your participants have trouble following the markers, you can adjust the Marker size or Sample duration parameters. We recommend to enable Use fullscreen for best marker visibility.

If you're not going to do calibration on screen with the Screen Marker choreography, you will need to download the Pupil's Circular Calibration Marker. This marker can be automatically detected by Pupil software in the world video.

In most use cases you will only need to use the Pupil Calibration Marker. The Stop Marker is used if you want to be able to conclude a calibration sequence by showing this marker.

Make sure to always use the v0.4 marker design for best detection performance! 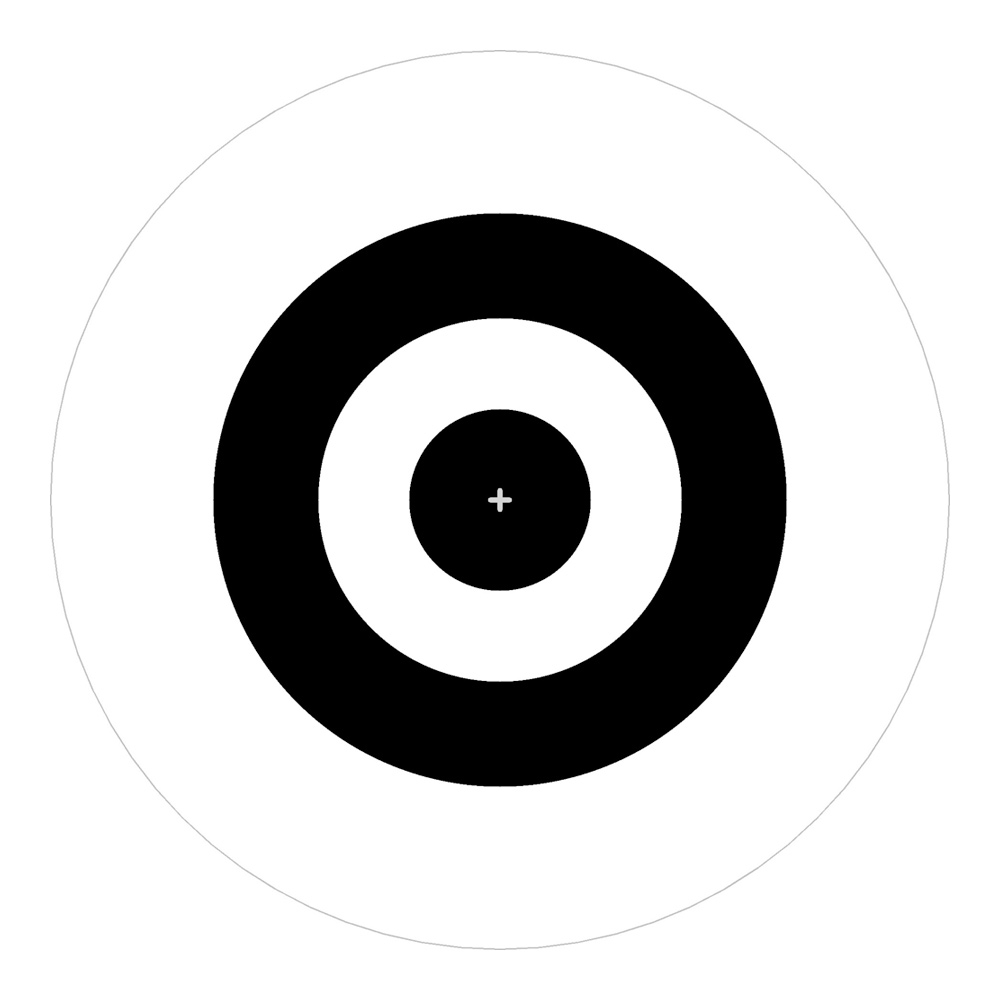 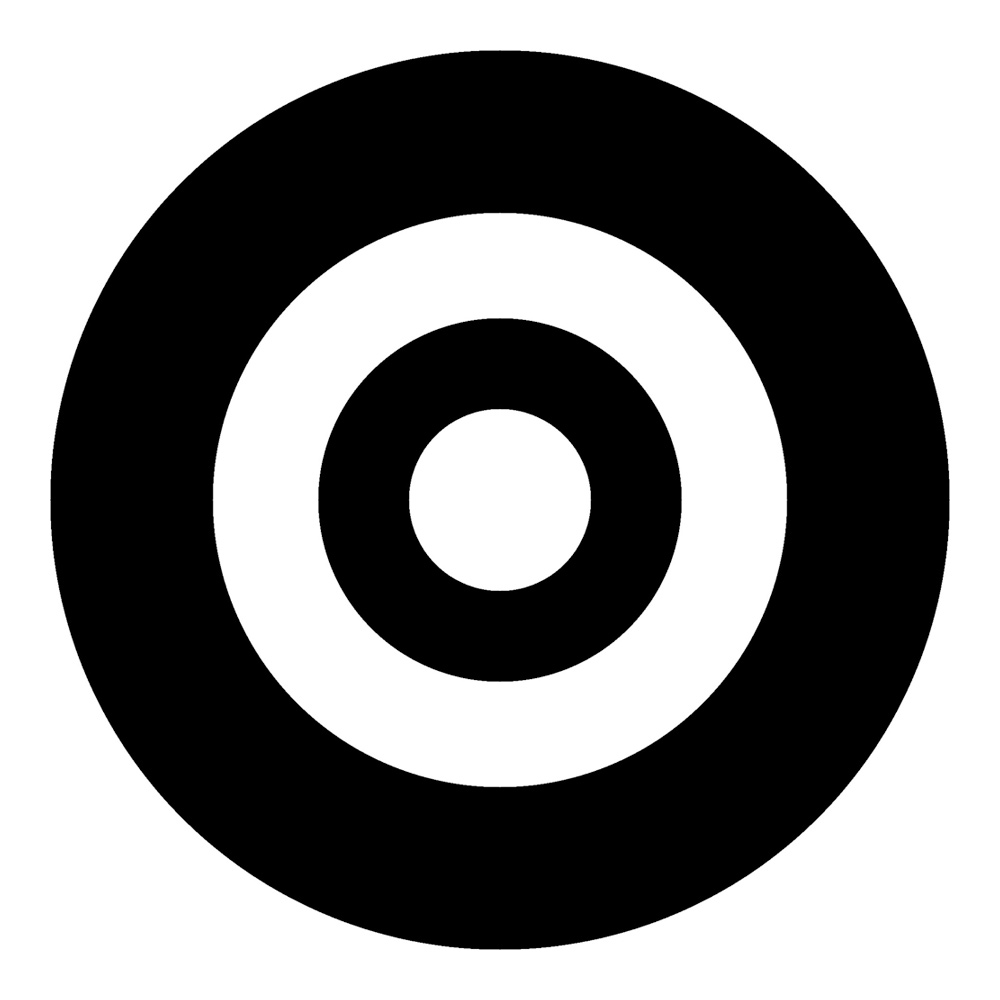 Calibrate using a single marker, either with a printed (physical) markers or a digital marker displayed on screen. Gaze at the center of the marker and move your head in a spiral motion. You can also move your head in other patterns. This choreography enables you to quickly sample a wide range of gaze angles and cover a large range of your FOV.

This choregraphy is used only in special situations.

You can change recording settings in the Recorder plugin menu. Set the folder where recordings are saved under Path to recordings. Set the recording name in Recording session name.

Note - you must specify an existing folder, otherwise the Path to recordings will revert to the default path.

If you open up a recording session folder you will see a collection of video(s) and data files. Take a look at Recording format for an overview.

Open the Plugin Manager menu on the right.

It lists all available plugins. Click the button next to the plugin's name to turn on or off the plugin.

The online fixation detector classifies fixations based on the dispersion-duration principle. A fixation is visualized as a yellow circle around the gaze point that is shown in the Pupil Capture world window.

You can find more information in our dedicated fixation detection section.

Pupil Capture has a built-in data broadcast functionality. It is based on the network library ZeroMQ and follows the PUB-SUB pattern. Data is published with an affiliated topic. Clients need to subscribe to their topic of interest to receive the respective data. To reduce network traffic, only data with at least one subscription is transferred.

The Network API plugin provides a high level interface to control Pupil Capture over the network (e.g. start/stop a recording). It also functions as the entry point to the broadcast infrastructure.

See the developer documentation on how to access Pupil Remote from your own application.

The Network API plugin also broadcasts video frames from the world and eye cameras. You can change the image format in the Frame Publisher section.

For a demonstration of how to receive and decode world frames, please take a look at the recv_world_video_frames helper scripts in the pupil-helpers repository.

Pupil Groups can help you to collect data from different devices and control an experiment with multiple actors (data generators and sensors) or use more than one Pupil device simultaneously:

For this to work your network needs to allow UDP transport. If the nodes do not find each other, create a local wifi network and use that instead.

Pupil Groups can easily be integrated in your own app or device. Take a look at the developer docs to get started.

If you want to record data from multiple sensors (e.g. multiple Pupil Capture instances) with different sampling rates it is important to synchronize the clock of each sensor. You will not be able to reliably correlate the data without the synchronization.

The Pupil Time Sync protocol defines how multiple nodes can find a common clock master and synchronize their time with it.

The Pupil Time Sync plugin is able to act as clock master as well as clock follower. This means that each Pupil Capture instance can act as a clock reference for others as well as changing its own clock such that it is synchronized with another reference clock.

Pupil Time Sync nodes only synchronize time within their respective group. Be aware that each node has to implement the same protocol version to be able to talk to each other.

For this to work your network needs to allow UDP transport. If the nodes do not find each other, create a local wifi network and use that instead.

The Pupil Mobile app can be controlled via Pupil Capture when connected. This includes changing camera and streaming settings. The Remote Recorder plugin extends this list with the possibility to start and stop recording on the Android device.

The Surface Tracker plugin allows you to define planar surfaces within your environment to track areas of interest (AOI). Surfaces are defined with Apriltag Markers.

The legacy surface tracker used simple square markers, which are less robust to detect. For all new projects we strongly recommend using Apriltags. You can find more information on the legacy markers below.

There are many different Apriltag types, currently we support 7 families listed below. You can click on the links to download the individual markers from the AprilTags repository. For your convenience we have also prepared some tags from the tag36h11 family in the two images below.

Additionally, we created a PDF with one page per tag for all 587 tags from the tag36h11 family here: tag36h11_full.pdf. You can use this to print custom marker sheets by printing multiple pages per sheet.

Note that the markers require a white border around them for robust detection. In our experience, this should be at least equal to the width of the smallest white square/rectangle shown in the Marker. Please ensure you include a sufficient border around when displaying markers on screen or printing the markers.

If you want to generate your own marker sheets or similar PDFs of other families, you can find more information in the the pupil-helpers repository. 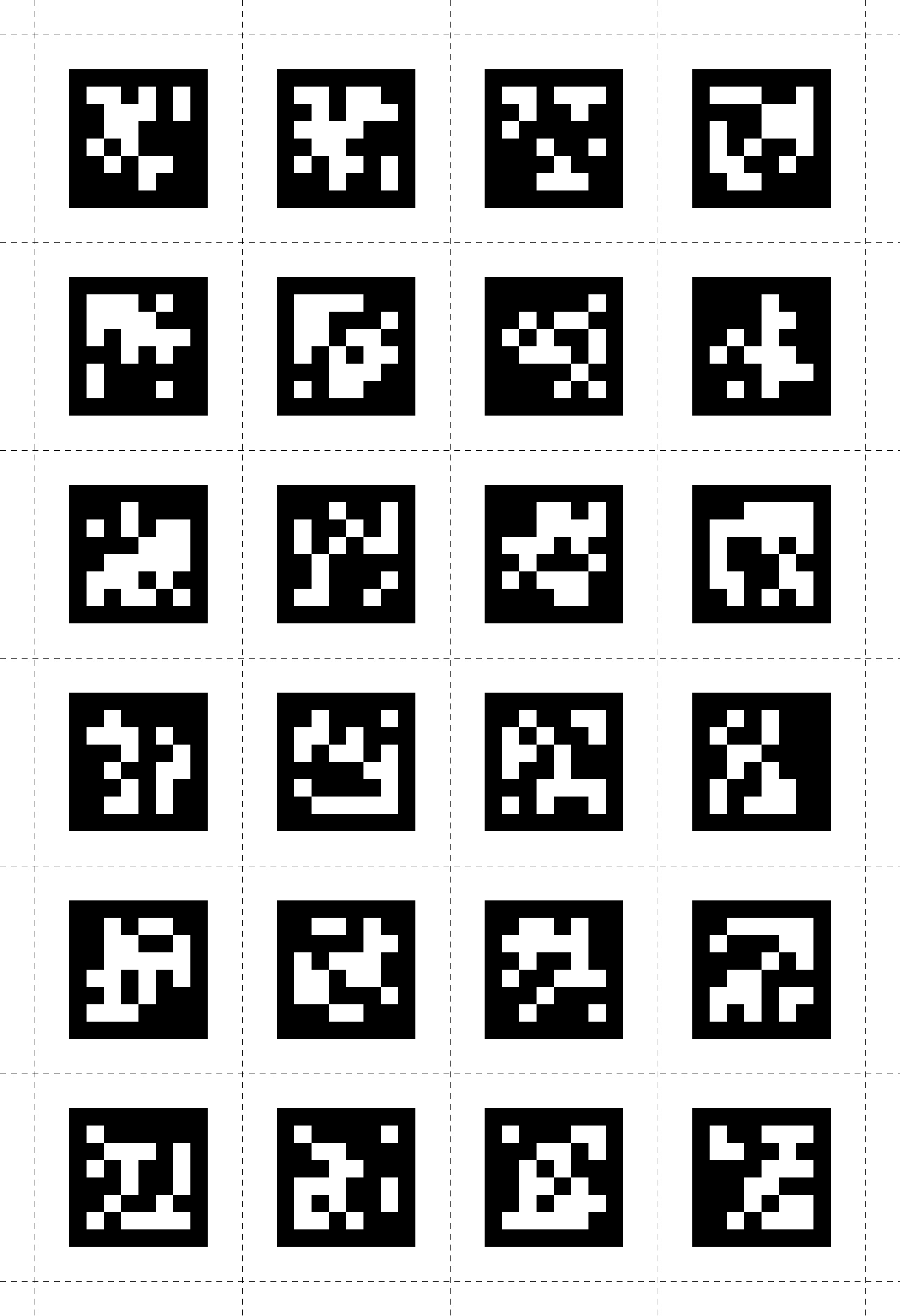 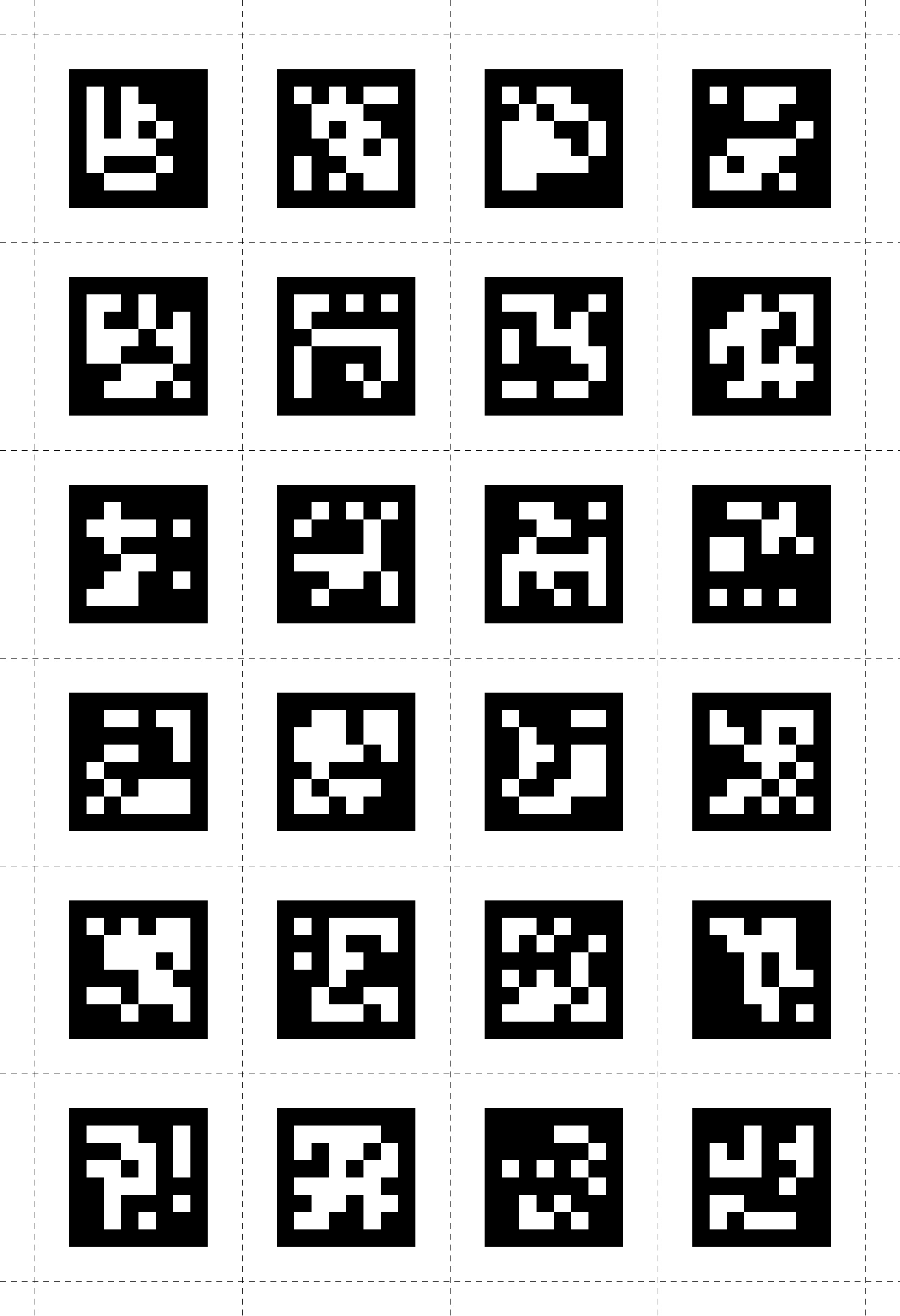 Markers can be printed on paper, stickers, or displayed on a screen.

A surface can be based on one or more markers. The markers need to be placed in close proximity or within your desired AOI. If your AOI is for example a computer monitor, you could display your markers in the corners of the screen or place them somewhere on the bezel. If your AOI is a magazine page, you could place the markers in the corners of the page, or anywhere else on the page where they are not occluding the content. When placing your markers please follow the guidelines:

Surfaces can be defined with Pupil Capture in real-time, or post-hoc with Pupil Player. In both cases the necessary steps are as follows:

Your surfaces are automatically saved in a file called surface_definitions in the pupil_capture_settings directory.

If you restart Pupil Capture or the Surface Tracker plugin, your surface definitions from previous sessions will be loaded.

The surface_definitions file is copied into each recording folder as well, so you will have access to your surface definitions in Pupil Player. You can copy & paste this file to move definitions from one session or recording to another.

You can display gaze heatmaps for each surface by enabling Show Heatmap in the Surface Tracker menu. Two heatmap modes are supported:

The detector for Apriltag Markers offers two parameters Use high resolution and Sharpen image that are turned on by default. If you are experiencing high CPU load you can try turning off those settings. This will result in less CPU load but also decreases the detection rate.

The legacy surface system used simple square markers, which are less robust to detect. For all new projects we strongly recommend using Apriltags!

Read more about accessing blink detection results in real-time in the developer documentation.

The Annotation Capture plugin allows you to mark timestamps with a label -- sometimes referred to as triggers. These labels can be created by pressing their respective hotkey or by sending a message with the topic annotation. This is useful to mark external events (e.g. "start of condition A") within the Pupil recording. The Annotation Player plugin is able to correlate and export these events as well as add new ones.

You can also create remote annotation events programmatically and send them to Pupil Capture via the Pupil Core Network API.

Note that in some rare cases the processing of the recorded patterns can fail, which would lead to a warning message in the world window. In this case just repeat the above process from step 6 and try to get a better coverage of the entire FOV of the camera.

When a recording is started in Pupil Capture, the application saves the active camera intrinsics to the world.intrinsics, eye0.intrinsics, and eye1.intrinsics files within the recording.

Pupil Player follows the same priorities as Pupil Capture but expects the custom intrinsics to be present within the recording under the <video file name>.intrinsics file name pattern, e.g. world.intrinsics.

Based on the estimated intrinsics, one can calculate the camera's field of view (FOV).

Field of view in degrees: